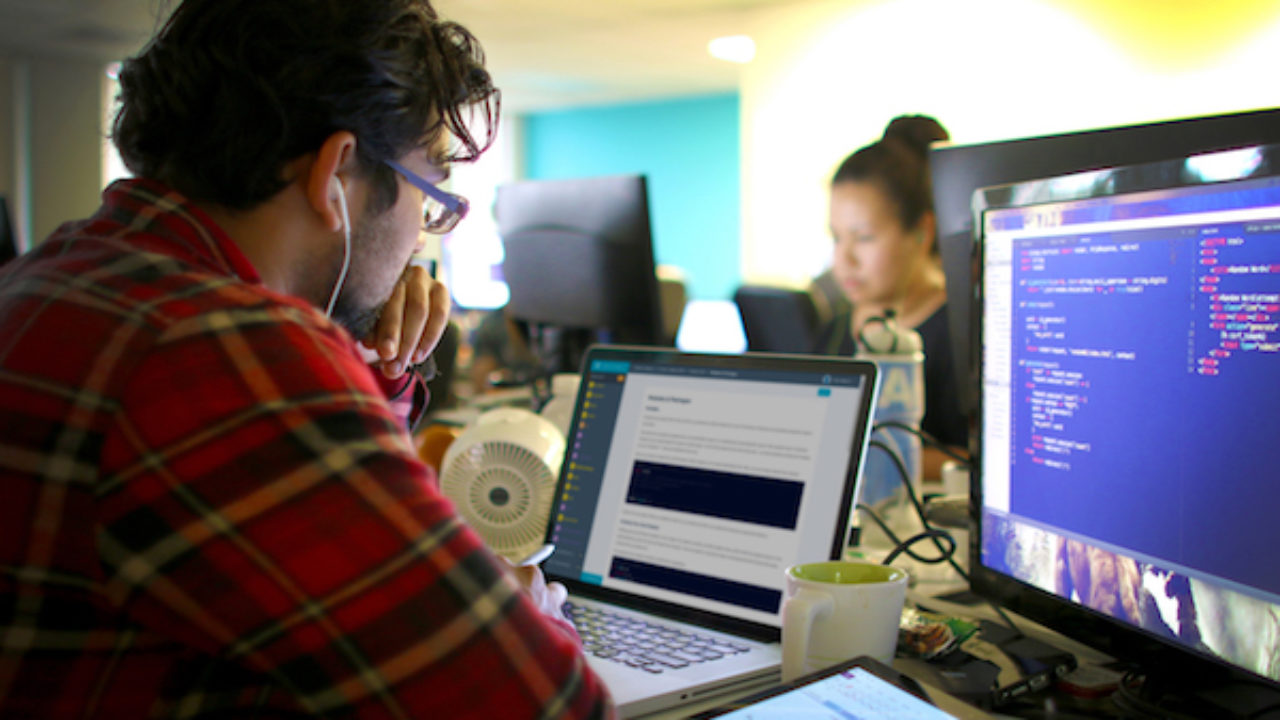 The challenge of developing Apps for two different OSs

Native mobile apps (meaning those designed from the ground up around a single OS) can be so expensive. Developing for iOS and Android are very different processes, and if you develop for one of them, you need experts in their tools and capabilities. So if you want to have a native application for each platform, your costs increase.

Not to mention the difficulty of finding developers for native applications compared to web developers. Also, keep in mind that many applications offer the same functionality as their web equivalents. For example, you can do the same thing on Amazon web and its mobile app (with some slight cosmetic and functional changes), so having a native app makes no sense.

This indicates how important is the “familiarity” that our services must have so that our clients are comfortable. In that case you have two options: you can waste a lot of resources by making native apps, or you can follow our advice and start working on hybrid apps that adapt to both operating systems, and this is where Ionic comes in.

In a previous article, we discussed the importance and advantages of working with hybrid applications, which work on iOS and Android in a practically identical way. Taking into account the figures and advantages, it is important to start knowing the most used tools within this development framework. In this case, we are going to talk about Ionic.

Ionic is an Open Source framework that allows you to develop multi-platform applications from a single code base with web technologies. Ionic is based on HTML, CSS, JavaScript (typescript), and is associated with a FrontEnd framework. Currently the FrontEnd Frameworks supported by Ionic are Angular, React and Vue. It was presented in 2013 and since then it has not stopped growing.

It is one of the leading frameworks in hybrid applications, with leading clients such as NASA, Airbus or Electronic Arts. It integrates with key services like PayPal (and ApplePay) and Google Maps. As the industry software leader, it also works with Microsoft services like Intune and Active Directory.

What does using Ionic do for me? What disadvantages does it have?

Like any work tool, Ionic has advantages and disadvantages when compared to other development solutions.

Ionic makes mobile app development much easier because the developer does not need to have any Android/iOS knowledge. It is easy for someone who knows the typical web technologies (HTML, CSS, JS), and some framework like Angular, to start developing mobile applications with Ionic.

Among the advantages, we find aspects such as:

Among the disadvantages, it should be noted that:

Ionic offers many pre-built components with their own style and functionality already implemented. This saves you a lot of time implementing them on your own. In addition, you can always customize its appearance according to your needs.

Why we recommend Ionic

In our experience, programmers often feel that Ionic is nice to build on. It may be because it is very similar to other web and app design services in the industry. Perhaps because of its ability to work with many native Android and iOS services to facilitate user access. Or perhaps because of the cascade of community information and communication.

Ionic is, in a few words, a good place to start exploring your job opportunities to develop hybrid applications, which is a sector that does not stop growing and that, in few years, will become one of the key areas of technology (if not considered yet).

You can start your work with Ionic by visiting their website.

What is a Blockchain, and why should you use it within your company?

How to get better web results with JSON-LD?